This is my 3rd participation to Ludum Dare!

Another great event has come to an end. With this I present you SoccerTurn. This is a turn based soccer game that is best played with a friend alongside on the same computer.

Upon Clicking on either 1 or 2, point and click with your mouse in the direction you want to do either actions!
You may also hit Escape if you changed your mind and would like to do another action instead.

At any time, you may press
- m to mute the music
- r to restart the current match (since last goal basically)
- h to hard reset and go back to the title page
- shift + escape to close the game

The game will switch back and forth between the blue and red teams.

By order, a character will be selected by the game in order to be given an action.

Actions are selected via your number keys (not number pad).

Once an action is selected, point and click with your mouse where you want to use said action.

The game will take care of the rest!

I hope you enjoy this small multiplayer game, the idea is simple, but given more time, there are many places where I can expand and improve.

## Advanced Mechanics
- Your character can steal the enemy's ball by walking into him or across him. It has a small percentage chance of occurring (like 15% I think). This is rare but completely disruptive in a game! :D

- Also, your movement is heavily influenced whether you carry the ball or not. Furthermore, when you move with the ball in your possession, there is a very slim chance that you may move much further then being without a ball.

- Finally, when not having the ball, there is a chance that your available distance for you to moved is halved!

These 3 advanced mechanics adds a lot of randomness to the game which makes it more tactical and unpredictable!
(I'm also writing these down here so that you don't need to ask me if it's a bug or not :p )

## About Local Multiplayer
This one thing bothers me, because I know for a fact that a lot of people might not have the time to bring a friend along and play it.
I have spent a lot of time on the mechanics which made me discard the idea of having a basic AI.

After completing the game, I can confirm there is a lot of networking and mild competitive potential in this game. Basically, this game has room for a lot more!

## Further disclaimer
This game was my first one being so mechanic intensive. So it may still contain a few bugs that I missed besides the minor ones. Minor ones are things such as messy character order selection at start of game for example.

Do please tell me if you find and major bug so I can quickly patch it up! Thank you!

## Want to see more of my work?
Here are my social media usernames:

Thank you and I'm looking forward to LD42!

Download the zip, extract all and run the .exe! 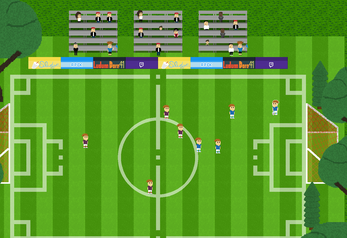 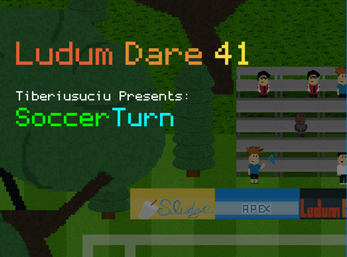